How to Prolong Lithium-based Batteries

How to Prolong Lithium-based Batteries

The lithium-ion battery works on ion movement between the positive and negative electrodes. In theory such a mechanism should work forever, but cycling, elevated temperature and aging decrease the performance over time. Since batteries are used in demanding environmental conditions, manufacturers take a conservative approach and specify the life of most Li-ion between 300 and 500 discharge/charge cycles.

Counting cycles is not conclusive because a discharge may vary in depth and there are no clearly defined standards of what constitutes a cycle. Read more about What Constitutes a Discharge Cycle?.  In lieu of cycle count, some batteries in industrial instruments are date-stamped, but this method is not reliable either because it ignores environmental conditions. A battery may fail within the allotted time due to heavy use or unfavorable temperature conditions, but most quality packs will last considerably longer than what the stamp indicates.

The performance of a battery is measured in capacity, a leading health indicator. Internal resistance and self-discharge also play a role but with modern Li-ion these carry lower significance in predicting the end-of-battery-life. Figure 1 illustrates the capacity drop of 11 Li-polymer batteries that have been cycled at a Cadex laboratory. The 1500mAh pouch cells for smartphones were first charged at a current of 1500mA (1C) to 4.20V/cell and allowed to saturate to 0.05C (75mA) as part of the full charge procedure. The batteries were then discharged at 1500mA to 3.0V/cell, and the cycle was repeated.

A pool of new 1500mAh Li-ionbatteries for smartphones is tested on a Cadex C7400 battery analyzer. All 11 pouch packs show a starting capacity of 88–94 percent and decrease in capacity to 73–84 percent after 250 full discharge cycles (2010).

Although a battery should deliver 100 percent capacity during the first year of service, it is common to see lower than specified capacities, and shelf life may have contributed to this loss. In addition, manufacturers tend to overrate their batteries; knowing that very few customers would complain. In our test, the expected capacity loss of Li-ion batteries was uniform over the 250 cycles and the batteries performed as expected.

Similar to a mechanical device that wears out faster with heavy use, so also does the depth of discharge (DoD) determine the cycle count. The shorter the discharge (low DoD), the longer the battery will last. If at all possible, avoid full discharges and charge the battery more often between uses. Partial discharge on Li-ion is fine; there is no memory and the battery does not need periodic full discharge cycles to prolong life, other than to calibrate the fuel gauge on a smart battery once in a while. Read more about Battery Calibration.

Lithium-ion suffers from stress when exposed to heat, so does keeping a cell at a high charge voltage. A battery dwelling above 30°C (86°F) is considered elevated temperature and for most Li-ion, a voltage above 4.10V/cell is deemed as high voltage. Exposing the battery to high temperature and dwelling in a full state-of-charge for an extended time can be more stressful than cycling. Table 3 demonstrates capacity loss as a function of temperature and SoC.

For safety reasons, lithium-ion cannot exceed 4.20V/cell. While a higher voltage would boost capacity, over-voltage shortens service life and compromises safety. Figure 5 demonstrates cycle count as a function of charge voltage. At 4.35V, the cycle count is cut in half.

Chargers for cellular phones, laptops, tablets and digital cameras bring the Li-ion battery to 4.20V/cell. This allows maximum capacity, because the consumer wants nothing less than optimal runtime. Industry, on the other hand, is more concerned about longevity and may choose lower voltage thresholds. Satellites and electric vehicles are examples where longevity is more important than capacity.

Charging to 4.10V/cell the battery holds about 10 percent less capacity than going all the way to 4.20V. In terms of optimal longevity, a voltage limit of 3.92V/cell works best but the capacity would only be about half compared to a 4.20V/cell charge (3.92V/cell is said to eliminate all voltage-related stresses).

Besides selecting the best-suited voltage thresholds for a given application, Li-ion should not remain at the high-voltage ceiling of 4.20V/cell for an extended time. When fully charged, remove the battery and allow to voltage to revert to a more natural level like relaxing after exercise. Although a properly functioning Li-ion charger will terminate charge when the battery is full, some chargers apply a topping charge if the battery terminal voltage drops to a given level. Read more about Charging Lithium-ion.

What the user can do

The author of this essay does not depend on the manufacturer’s specifications alone but also listens to user comments. BatteryUniversity.comis an excellent sounding board to connect with the public and learn about reality. This approach might be unscientific, but it is genuine. When the critical mass speaks, the manufacturers listen. The voice of the multitude is in some ways stronger than laboratory tests performed in sheltered environments.

Tables 2, 3 and 4 look at cycle life as a function of discharge, temperature and charge level. A summary table should be added that also states the Optimal Battery Energy Factor Over Life. While this would help in selecting the optimal battery, battery makers are hesitant to release such a specification freely, and for good reason. A battery is in constant flux and capturing all of its data is exhaustive. A further criterion is price. Batteries can be built to perform better but this comes at a cost.

Let’s look at real-life situations and examine what stresses lithium-ion batteries encounter. Most packs last three to five years. Environmental conditions, and not cycling alone, are a key ingredient to longevity, and the worst situation is keeping a fully charged battery at elevated temperatures. This is the case when running a laptop off the power grid. Under these conditions, a battery will typically last for about two years, whether cycled or not. The pack does not die suddenly but will give lower runtimes with aging.

Even more stressful is leaving a battery in a hot car, especially if exposed to the sun. When not in use, store the battery in a cool place. For long-term storage, manufacturers recommend a 40 percent charge. This allows for some self-discharge while still retaining sufficient charge to keep the protection circuit active. Finding the ideal state-of-charge is not easy; this would require a discharge with appropriate cut-off. Do not worry too much about the state-of-charge; a cool and dry place is more important than SoC. Read more about How to Store Batteries.

Batteries are also exposed to elevated temperature when charging on wireless chargers. The energy transfer from a charging mat to a portable device is 70 to 80 percent and the remaining 20 to 30 percent is lost mostly in heat that is transferred to the battery through the mat. We keep in mind that the mat will cool down once the battery is fully charged. Read more about Charging Without Wires.

Avoid charging a battery faster than 1C; a more moderate charge rate of 0.7C is preferred. Manufacturers of electric powertrains are concerned about super-fast charging of 20 minutes and less. Similarly, harsh discharges should be avoided as also this also adds to battery stress. Read more about Charging Lithium-ion and Ultra-fast Chargers.

Commercial chargers do not allow changing the charge voltage limit. Adding this feature would have advantages, especially for laptops as a means to prolong battery life. When running on extended AC mode, the user could select the “long life” mode and the battery would charge to 4.00V/cell for a standby capacity of about 70 percent. Before traveling, the user would apply the “full charge mode” to bring the charge to 100%. Some laptop manufacturers may offer this feature but often only computer geeks discover them.

Another way to extend battery life is to remove the pack from the laptop when running off the power grid. The Consumer Product Safety Commissionadvises to do this out of concern for overheating and causing a fire. Removing the battery has the disadvantage of losing unsaved work if a power failure occurs. Heat buildup is also a concern when operating a laptop in bed or on a pillow, as this may restrict airflow. Placing a ruler or other object under the laptop will improve air circulation and keep the device cooler.

“Should I disconnect my laptop from the power grid when not in use?” many ask. Under normal circumstances this should not be necessary because once the lithium-ion battery is full the charger discontinues charge and only engages when the battery voltage drops. Most users do not remove the AC power and I like to believe that this practice is safe.

Everyone wants to keep the battery as long as possible, but a battery must often operate in environments that are not conducive to optimal service life. Furthermore, the life of a battery may be cut short by an unexpected failure, and in this respect the battery shares human volatility.

To get a better understanding of what causes irreversible capacity loss in Li-ion batteries, several research laboratories* are performing forensic tests. Scientists dissected failed batteries to find suspected problem areas on the electrodes. Examining an unrolled 1.5-meter-long strip (5 feet) of metal tape coated with oxide reveals that the finely structured nanomaterials have coarsened. Further studies revealed that the lithium ions responsible to shuttle electric charge between the electrodes had diminished on the cathode and had permanently settled on the anode. This results in the cathode having a lower lithium concentration than a new cell, a phenomenon that is irreversible. Knowing the reason for such capacity loss might enable battery manufacturers to prolong battery life in the future.

How Wireless Charging Will Soon Be a Game Changer 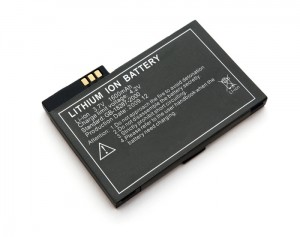 In spite of the various chemical variations, lithium-ion batteries can generally be separated into two groups: lithium iron phosphate (LFP, LiFePO4) and metal oxides (NCM, NCA, Cobalt, Manganese).  Table 1outlines the differences between the two chemistry classes on a cell level. The values in the table reflect average values as there is variation in each class.

All lithium-ion cells are “deep cycle” meaning that they have the ability to be fully charged and discharged. The life of the battery will significantly increase if the depth of each discharge is limited to 80% of the rated capacity.